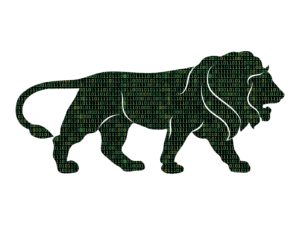 NextVee Enterprises Pvt Ltd is a top IT services company that specializes in web app development and mobile app development, ERP, CRM, and digital marketing. We make a concerted effort to develop solutions that are extremely functional, inventive, and customized. We work with your company’s goals and objectives in mind when providing the best web development service possible. We use digital marketing strategies so you may focus on running your business while we design and create your website. The software-as-a-service industry is growing at a fast pace as a result of the immense benefits it offers. When compared to On-Premise software, you won’t have to worry about new program upgrades, server installs or running an IT department.

Apart from the foregoing, many ministries of the Central Government and state governments take out “Make in India” initiatives on a regular basis in accordance with plans/plans. To strengthen international collaboration and stimulate domestic and foreign investment,
several ministries, state governments, and Indian missions overseas run investment promotion activities. Support Indian missions abroad and state governments in organising events, conferences, roadshows, and other promotions to promote the “Made in India” brand
and attract investment to the country.

Through positive thinking, the Make in India project strives to develop an investor-friendly climate, modern and efficient infrastructure, new industries for foreign investment, and government-industry partnerships. The Indian government intends to encourage both
domestic and foreign corporations to invest in manufacturing in the country, thereby boosting the domestic manufacturing sector and creating jobs for both skilled and unskilled employees. To get the manufacturing industry back on track, the government must deal with
the global economic slump, and the Department of Industrial Policy and Promotion (DIPP) is
prepared to refine the Make in India agenda.

According to one Indian multinational executive who requested anonymity, many companies will lose 80 percent of their government contracts. By giving chances to engage with Indian enterprises through contract manufacturing, our research Exploiting India’s Globally Competitive Manufacturing Opportunities strives to unearth possible business opportunities in India and why India stands out as a strong competitor in manufacturing. India is serious about upskilling its workforce. New Delhi is initiating an investor awareness programme with many countries to introduce global best practices to India, following the lead of countries such as Japan and Germany, which are known for their high quality manufacturing. We can see how India is tackling global issues in healthcare, energy, infrastructure, and other areas, with the technology sector making a strong showing.

10 Google Algorithm Updates That Every Marketer Needs To Know About